This is a fan-made website! The only way I can monetize my work is through donations and advertising. If you like the content, please support me on Patreon! 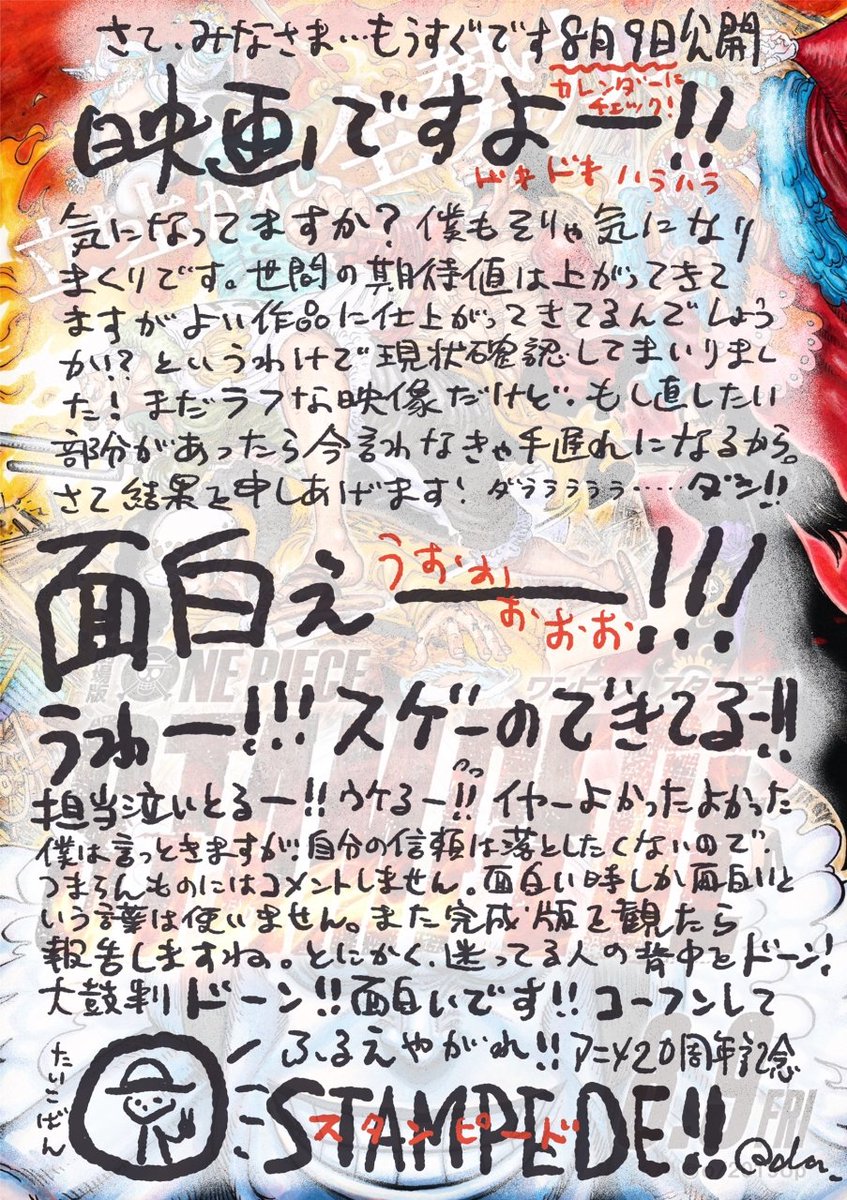 Seven weeks prior to its theatrical release in Japan, the One Piece manga author Eiichiro Oda had an opportunity to see some rough-cut version visuals from ONE PIECE STAMPEDE, the 14th feature film to celebrate the anime series’ 20th anniversary. He then posted his comment about it on the film’s official website and Twitter as below.

Well, everyone. It’s coming soon. The film will be released on August 9!! Are you worried about it? Of course I am. Anticipation among the public has been increased, but is it being completed as a good film? So I went to check out its current status. The visuals I saw were still rough-cut, but if there is anything needed to be fixed, I have to point it out now before it’s too late.

So the result is… It’s so amazing!!! Wow!!! A great film has been made!! My editor is crying!! It cracks me up!! Oh, I’m so relieved. I gotta tell you that I don’t comment on boring things because I don’t want to hurt my trust. I use the word ‘amazing’ only when I truly think so.

I’ll report to you again when I see the completed version. With my guarantee, I want to push the backs of the people who are considering whether or not to see the film. It’s so wonderful!! Shake with excitement!!

I am known as NoxDRaz over the internet. I love ONE PIECE and I have been following it for more than 15 years. Get in touch with me on [email protected]
Tags: Eiichrio Oda, One Piece stampede

Dawn of ONE PIECE

Dawn of One Piece